I can understand her disappointment as most of the MBs are like that only but that’s what sets apart the books by Shoma Narayanan. Definitely, her books are also the romantic stories in which there is the super smart, super hot, rich and Greek God like hero and the heroine is the damsel in distress. But that’s where the similarities end with the other MBs. Shoma Narayanan books are more about the relationships than the erotic sex which all MBs are mostly about. I have earlier said it in my posts and I am saying it again that Shoma Narayanan at present is the best Indian author writing Mills & Boons. Her books are refreshing and at the same time intriguing. I love reading her books and I have enjoyed this book too.

This one is the story of Melissa, a Goan girl who I working in almost bankrupt advertising firm in Mumbai which is taken over by Samir Razdan. Melissa has been nominated for the award for the ad she has written and the award function is in Goa. Samir offers to drive her to the event as he would be attending the same and thus starts the twelve hours of temptation. By the end of the journey, both of them are unable to hide their emotions and finally decide to move in together. The decision was taken in haste and soon Melissa starts noticing the differences in their lifestyle. She belongs to a middle class family and he belongs to the elite club of India. She is a Christian and he is a Hindu. Will both of them be able to keep their differences aside and have a successful relationship?? 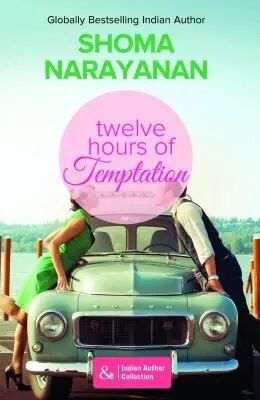 What to look for?

I love books the most.... leave me on an island with books only and I will survive..